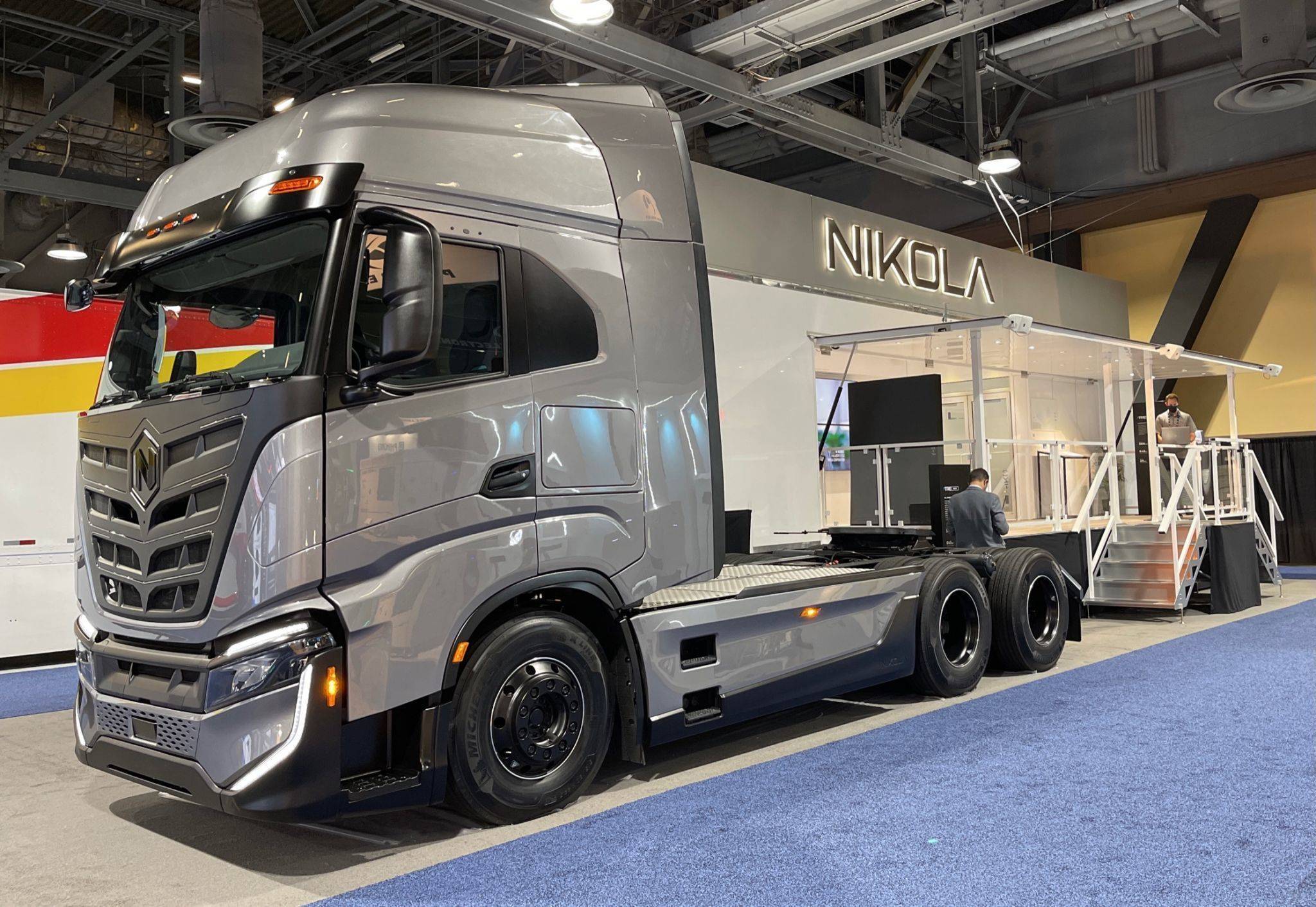 The Nikola Tre BEV made its public debut at the ACT Expo fair in Long Beach, California. It was the first time the production-ready version of the Tre was shown. Series production of the Tre should start this year.

After founder Trevor Milton's tumultuous departure last year, there was still some doubt as to whether and how Nikola Motor would get through the crisis. But Iveco's support and partnership turned out to be a nice lifeline. In Ulm, work continued in reasonable rest on the battery-electric Nikola Tre, based on the Iveco S-Way.

An updated, apparently production-ready 6×2 version of the Tre was on display at the ACT Expo. That would be nice, because according to Nikola himself, the Tre should be available this year. The Tre has a battery pack of no less than 753 kWh and a continuous motor power of 645 hp. With its batteries, a range of 563 km should be possible. Charging is possible in about 2 hours. It is a pity that Nikola has still not given a specification of the weight of the Tre. The total weight when using the Tre is 38 tons.

Back to the overview